King Gwanggaeto (Kwanggaeto; meaning “broad expander of territory”) was born in 374 and ascended to the throne in 391, at the age of just seventeen, to become the 19th king of the Goguryeo Dynasty. He ruled over Goguryeo at the time in Korea’s history known as The Three Kingdoms, so called because during this time the Korean peninsula was constantly being fought over by the three Goguryeo, Silla and Baekje dynasties. He is sometimes referred to as Great King Yeongnak, after the era name selected by him.

He expanded Goguryeo’s territories far into the Korean peninsula by advancing southward at the expense of the Baekje dynasty to occupy the north of the Han River, and occupied Manchurian territory to the east of Liaohe. On his death in 413, at just 39 years of age, Goguryeo ruled everything between the Sungari and Han Rivers. This gave it control over two thirds of what is now modern Korea as well as a large part of Manchuria. In addition, the chieftains of Silla submitted to the northern kingdom’s authority in 399 to receive protection from Japanese raids. Only Paekche continued to resist Koguryo domination during this period, thereby preventing what would have been the first recognised unification of the Korean peninsula.

During his reign, King Gwanggaeto conquered 65 walled cities and some 1,400 villages, in addition to aiding Silla when it was attacked by the Japanese. In 392 he built nine Buddhist temples in Pyongyang. His accomplishments are recorded on a monument which was erected in 414 in southern Manchuria. 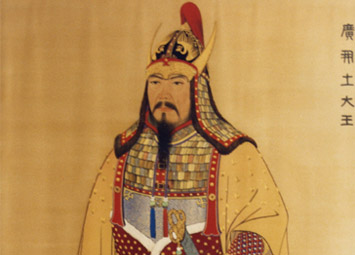 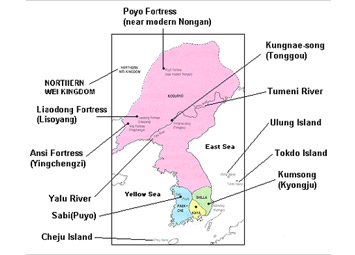 2) Koguryo ezpansion in the 5th century

Emperor Yang of the seventh century Sui Dynasty sent one million troops, 305,000 of which were elite soldiers to attack Koguryo. When they arrived at the Yalu, General Uljimundeok went to the Chinese camp to assess the situation. There were discussions among the Chinese, who spotted him, as to whether they should take him prisoner, but he escaped.

The general who saw the dismal condition of the troops advised them to go home, but the Chinese attacked and were decimated at the Chungchon River, north of present day Pyongyang. A history book praised the general, noting that only 2,700 Chinese returned home. 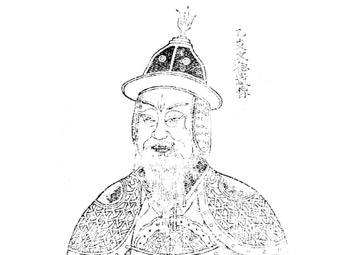 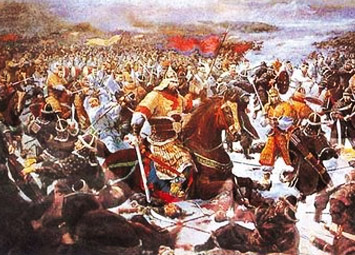 Politician (Prime Minister); Commander-in-Chief. He became a high-level politician at 15 in succession of his father. In 642 A.D, he constructed Chol-li-jang-sung (1,000-ri (400km) Great Wall). In the same year, he seized a political power as a Dae-mak-ri-ji (Prime Minister) with King Bojang by overthrowing King Youngryu and his 180 fellow politicians who were opposed to him. In 645, Yeon, Gaesomun defeated Tang’s hundreds of thousand troops sent by King Taizong several times.

The death of Yeon, Gaesomun brought Koguryo the fatal, internal disruption over the succession of political and military power, and this unfortunately led Koguryo be on the road to collapse. 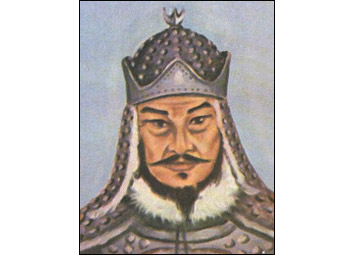 Koguryo had maintained one of the strongest, bravest and well-organized armies in the world, and commanders of the Koguryo army were wise and tactical.

Unlike most armies of the era in which soldiers were jack-of-all-trades, the Koguryo army was made of specialists: archers, crossbowmen, spearmen, catapult operators, horsemen, wall-climbers, and so on. Often Koguryo army easily defeated the larger number of foreign troops including outnumbered Chinese soldiers. 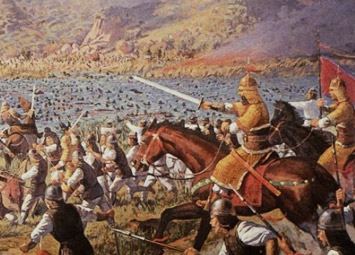